Liam Flynn was one of Ireland’s most respected and illustrious craftspeople. His woodturned vessels are held in the permanent collections of the National Museum of Ireland, the Victoria and Albert Museum, the Fitzwilliam Museum of the University of Cambridge, and the Minneapolis Institute of Arts. In 2011 an image of his work was featured on a special edition Irish postage stamp.

The Irish Arts Review called him “one of the world’s most innovative and creative woodturners”. Les Reed, a former Chief Executive of the Crafts Council of Ireland, described his “long-standing personal belief that he [Flynn] was Ireland’s most outstanding craftsman in any discipline”. London gallery-owner Sarah Myerscough explained that Liam's practice “opened up the possibilities for craft to be valued as fine art sculpture”.

Liam Flynn was born in 1969 in Abbeyfeale, Limerick, and lived there for his whole life. Working with wood was a family tradition, and Liam inherited the workshop of his father and grandfather. As a boy he learned to make furniture, and as a teenager discovered lathe woodturning. He taught himself from books, contemporary artistic woodturning being then quite a recent and mostly North American movement with few Irish practitioners. He eventually sought out pioneers of the craft in Ireland such as Liam O’Neill and Ciarán Forbes; Forbes would later praise him as “a true artisan-craftsman” with “an unerring sense of line”.

The trend in woodturning when Liam started out was to emphasise the grain and other visual aspects of the wood, and to seek out exotic timbers, but he was drawn more to line and form than to such inherent features. He preferred to work with locally sourced, plainer woods, especially oak. Influenced by American turner David Ellsworth, he focussed early on technically challenging “hollow form” vessels: thin-walled, vase-like shapes with a narrow opening at the top. He liked that such pieces announced themselves as aesthetic, not functional objects. He would produce innovative variations on this form throughout his career.

Liam turned wood on the lathe while it was still wet – “green turning” – and subsequently allowed it to shift and change shape as it dried. The finished piece thus represents a dialogue between the artist’s technical control and the chance movement of the wood – although, as curator Eleanor Flegg notes, “much of Flynn’s skill lies in his ability to predict, and work with, this movement”. He often coloured his pieces black, which helped accentuate shape over material, and carved fluting and other patterns onto the works after the turning process. In one of his signature designs a second, inner rim creates the illusion of one piece sitting inside another. He experimented in recent years with a range of forms including open, barrel-like pieces, and simpler, less intensely carved surfaces.

Liam enjoyed fly-fishing on the local Feale river, and drew comparisons between the traits of a good salmon angler and a woodturner: “lots of patience, respect for our environment, diligent planning and, of course, the ability to handle disappointment”.

Liam was beloved as well as revered by his peers, and he developed an international reputation as an artist of sensitivity and skill. In 2011 the Hunt Museum in Limerick held a major retrospective exhibition of his work. An important US-published book on contemporary woodturning claimed: “Flynn is a modern master of the neo-classical wood vessel.” Liam himself described his quest for excellence in form: “The challenge is to keep reinterpreting the forms. I’m always striving to find the perfect line...” 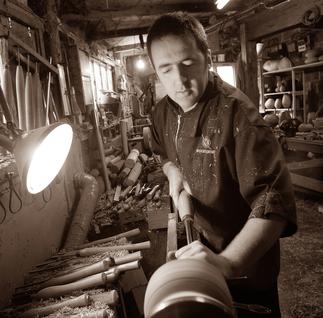 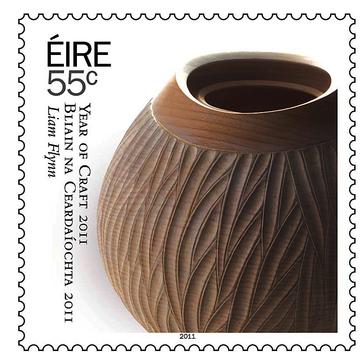 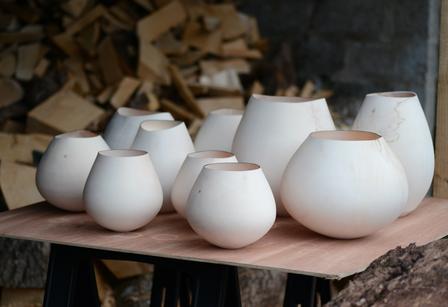 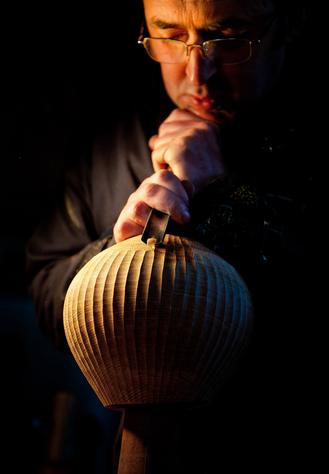